Dotted around Madrid, you will find hidden gems which people either don’t know about, or don’t visit very often. These non touristy things do in Madrid offer alternative activities not usually done by visitors to Madrid. Their unassuming entranceways are located on quiet roads; for example, in the districts of Lavapiés and Huertas. They are hidden behind old hospitals, monasteries and the former homes of royals. Let’s take the neighbourhood of La Latina, for instance. On Calle del Almendro –  a reminder of this street’s tree-lined past – you will find the ruins of the old Christian Wall of Madrid, sheltered by buildings 15 and 17. Those in the know head to this area for tasty taps. Here are a few more of Madrid’s secret places that are waiting to be discovered.

Calle Sacramento is a narrow road occupied in the main by recently constructed buildings. Building 7, however, is different, as it is here that you will find Huerto de las Monjas. Until 1972 a convent stood here, sheltering this enchanting green space with its high walls. It is thought that it was previously a kitchen garden, where vegetables such as cabbages, carrots, chives and lettuce were grown. Hence, when strolling around here you will feel like you have gone back in time.

The San Sebastián church used to have its own burial ground – the Cemetery of San Sebastián (final resting place of Lope de Vega). However, in 1889, this cemetery was turned into a florist (Huertas, 2 – referred to by Galdós in his book, Misericordia). The headstones of the graves may not be visible anymore, but the respectful atmosphere and quiet that such a place deserves has been retained. There are clues as to this shop’s past; such as the olive and cypress trees that grow here. You will be hard pressed to find a place with more history in this district.

For several hundreds of years, fruit trees belonging to the Convento de los Jerónimos grew on Calle de las Huertas. The convent was located on the opposite side of the Paseo del Prado. In the 1600s, however, development of this area began, and nowadays only this hill’s title reminds us of its past. However, during summer months you can feel the refreshing light winds originating in the Botanical Gardens. Here, then, is a clue to the network of wells and irrigation channels that criss-crossed this area three centuries ago.

For decades, what is now the garden of the Reina Sofía National Museum and Art Centre was the sheltered back area of the San Carlos Hospital. Dating from the mid-late 18th century, this garden offers a much needed respite from the buzz of the city. Up until the 1800s, it was used by patients to get some fresh air and sun. While wandering around you can admire the pieces of art, while listening to the flow of water in the fountains and the rustle of the leaves on the trees. Rumour has it, however, that at night time the spirits of the nuns who ran the hospital now walk around the museum’s galleries. 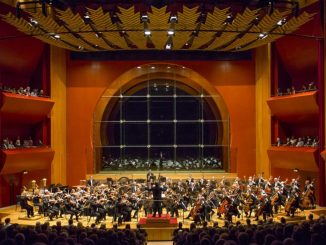 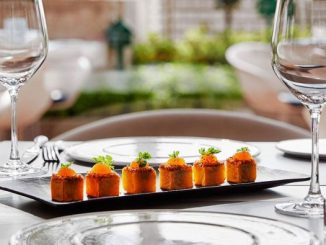