It is almost three years since the people of Britain voted by a narrow margin in favour of leaving the EU.
The prime Minister if the time, David Cameron (who was in favour of remaining in Europe), succumbed to pressure from his Eurosceptic colleagues in the Conservative Party to settle the question once and for all by means of a referendum.

The Leave faction conducted a vigorous campaign persuading the British people what a great thing it would be for Britain to take control of its own trade, make their own decisions about immigration and gain “independence from Europe”.
They made promises about reinvigorating the poorer areas of Britain, creating thousands of new jobs, redirecting billions of pounds which were being paid to Europe to the Health Services and lots more.
They created a vision of an independent, prosperous and happy Britain like they had in the “old days”.

The Remain group, on the other hand, did a very lack-lustre campaign, apparently thinking that the British people would overwhelmingly reject the idea of leaving the EU.

Britain woke up on 24th June 2016 to find that the referendum result was that 51.9% of voters voted to leava the EU.

Teresa May takes Over

David Cameron stepped down and Teresa May (who was in favour of remaining) took over as prime Minister and embarked on a mission to implement “the will of the people”. Many other leading Brexiteers including Nigel Farage, leader of UKIP, stepped back also.

And so, three years later, after tortuous negotiations with the EU, the British House of Commons has failed to implement the deal which was negotiated and the red line date of 29th March 2019 when Britain was set to leave the EU has passed, Britain is in chaos and there is a real fear that Britain will “crash out” with no deal.
Some hard line Brexiteers are in favour of a no deal Brexit but, so far, the majority of MPs are against it.
If Brexit does happen, it is now very unlikely that it will be anything like the Brexit which was first promised.

There is a growing sentiment in favour of a second referendum. Now, many realize that leaving Europe may not have been such a good idea after all.
The promised prosperity is a fading dream as businesses realize the disruption to trade, the extra bureaucracy, the uncertainty in the markets are likely to cause serious economic problems.

Already some manufacturing industries have indicated that they are moving out and financial services are moving all or part of their operations to Europe with a loss of jobs in Britain.
The uncertainty and the ongoing ‘farce’ in the house of Commons is causing Britain to lose its reputation as a mainstay of business and democracy.

The fear of serious political problems in Northern Ireland caused by a hard border is also a great concern.

If the people knew then what they know now would they vote to leave? 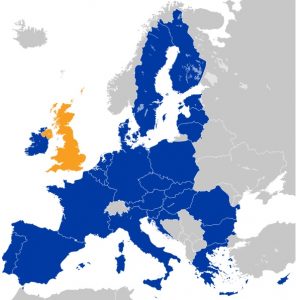 The headline on Thomas Friedman’s article in the New York Times about Brexit on 2nd April 2019 reads: “The United Kingdom Has Gone Mad”
In it he states that:
“What we’re seeing is a country that’s determined to commit economic suicide but can’t even agree on how to kill itself. It is an epic failure of political leadership.”

Brexit Means a Weaker Britain and a Weaker Europe

The Brexiteers want Britain to retreat into a narrow nationalism which seems to deny the globalisation and interconnectedness of the modern world.
Their leaving will weaken both themselves and Europe and leave them more vulnerable to the economic, social and military predations of the big world powers.
A strong British voice in Europe could maintain Britain’s influence in Europe and the world and help itself and Europe to remain prosperous and secure.

Places You Must see When Visiting Glasgow