Munich Germany is to be found north of the Alps, on the banks of the River Isar. It is the capital of Bavaria, a province in Germany, and has nearly 1.5 million residents, making it the third largest city in Germany. It is a highly popular destination for tourists, and has recently received the accolade of being one of the best cities to live in. Safety in Munich is an important consideration for visitors who will find that access for pedestrians and cyclists is very good in this city.

If you are flying to Munich you will land at the second-largest international airport in the country. The Franz Joseph Strauss airport is to the north-east of the city, and can be easily reached by the suburban train service. The journey time is about 45 min from the center. Visitors arriving by train can do so by the high-speed service, ICE, or other services that connect the major European cities.

Munich is Safe for Pedestrians

It is an extremely safe city for pedestrians to get around. There is a network of pedestrianized areas and cycleways that lead to the major historical and public areas. Routes through the city for cars are severely restricted. If you want to get around the city quickly, there is an efficient network of comfortable subway trains and trams available.

There are a number of culinary dishes that are specific to this region. The most famous is probably the white sausage, a delicacy that is usually accompanied with a sweet mustard and a fresh pretzel. Strudels are also popular, particularly the apple, and cream cheese, varieties. There are also a number of dishes that include dumplings which are well worth tasting.

There are a number of galleries and museums in the city. The Deutsche Museum is reputed to be one of the world’s oldest science museums. The city is also home to the BMW Museum, which would be of specific interest to automobile lovers. There are also a number of art galleries, the most famous being the Alte Pinakothek. The two major theaters are the Deutsches theater and the Residenz theater. The latter being the home to the world-famous the Bavarian Radio Symphony Orchestra.

If you are looking for a place to relax and just watch the world go by, there are a number of parks in the city. The two most famous ones are the Hirschgarten and the Englischer Garten. The latter being one of the largest urban parks anywhere to be found. There is also a city zoo, it is called Tierpark Hellabrunn, and can be found close to Flaucher Island. An ideal place to visit if there are children in your tour party.

It is difficult to talk about Munich without mentioning the Oktoberfest. Predominantly a beer festival, it attracts millions of visitors every year. Along with the chance to taste the different beers of the region, and beyond, there are also concerts, parades, and traditional oompah bands to keep you entertained.

Munich Germany is a city for people of all ages and all tastes. You can spend your time there engrossed in the history and architecture of the region, just relaxing and taking in the city’s cultural delights, watching sports in the major arenas, or skiing in the alps. Munich is a safe city you would not regret spending time in. 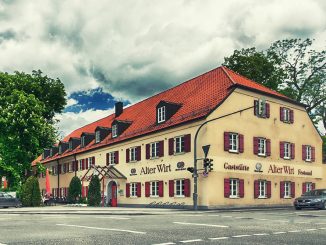