Looking down on the Neva River’s south bank and Palace Square, the Winter Palace is undoubtedly one of the most well known of the St. Petersburg Palaces. Over the centuries, this imposing building has played a very significant part in the cultural and political life of the city. Some sections of this early 18th century building have been renovated and can be explored by visitors.

Anichkov Palace was amongst the first buildings constructed on Nevsky Prospekt, one of the busiest main roads in St. Petersburg. At the time of its construction in 1741, on the orders of Empress Elizabeth, this tree lined area was in the outer reaches of St. Petersburg. It was a present for the Empress’s lover, Aleksey Razumovsky. When he died, his brother sold it to Catherine the Great, who in turn gave it to her lover, Prince Grigoriy Potemkin, as a present.

When constructed in 1818, the Yelagin Palace was the summer retreat of Empress Maria Fyodrovna, the mother of Alexander I. The land on which it was built originally belonged to the famous nobleman, Ivan Yelagin. Although it was demolished during the Second World War, it was rebuilt. Nowadays a museum is situated here. Visitors are welcome to admire the fabulous interior, with its elaborately carved wooden doors and luxuriously decorated marble walls.

Kamennoostrovsky Palace (Kamenny Island Palace), dating from 1776, originally was one of the residences of Paul I, son of Catherine the Great. Standing on Kamenny Ostrov (Stone Island), the Russian air force used it as a medical facility until more recent times, when the decision was made to make it the formal home of the Governor of St. Petersburg. However, before this can happen the building has to be renovated, and works are currently ongoing. As a result public access is not permitted, so the best place to view the exterior is when standing at the Lopukhinsky Garden, on the far side of the Malaya Nevka River.

Tavrichesky Palace (also known as Tauride Palace) is located beside Tavrichesky Garden, in the north east section of St. Petersburg’s old centre. It is amongst the city’s most striking palaces, in addition to being one of its biggest. As it is currently where the Interparliamentary Assembly of the Commonwealth of Independent States has it offices, public access to the main building is not allowed, but for over two years now Potemkin Evenings have been held in its halls. These are recitals of music from the 1700s, performed by exceptionally gifted musicians on instruments of the time. Construction of Tavrichesky Palace began in 1783, and took six years to complete. It was a gift to Prince Grigoriy Potemkin from his lover, Catherine the Great. It was a reward for the significant part he played in capturing the Crimea. The designation ‘Prince of Tauris’ was also bestowed upon him. ‘Tauris’ was the title of the Crimea in the Ancient Greek language. As his status began to decline, Potemkin hosted a large number of ever more costly and lavish balls here, to conceal this state of affairs. 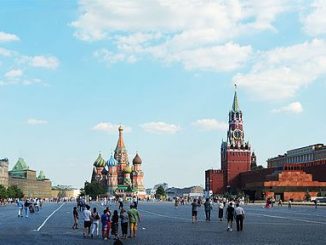 Unusual Places To Visit In Moscow 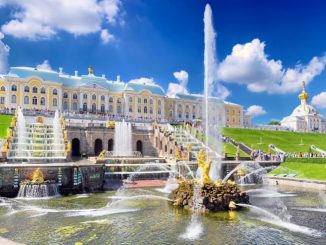 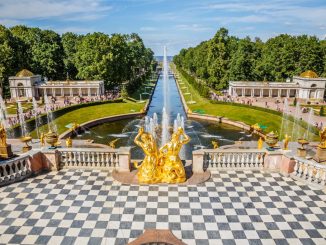