Glasgow Cathedral was the first building of its kind in Glasgow to be built in stone and dates right back to the early 12th century. For over eight centuries now, worshippers have been attending mass in what is the finest Scottish medieval church still standing. One of the Glasgow highlights, it also is home to one of the most extensive stained glass window collections in the country. No visit to Glasgow is complete without seeing this magnificent building, which has so many stories to tell about the city.

The University of Glasgow is one of the oldest universities in the world as it was established in the mid 15th century. Since then, it has educated a host of important politicians and renowned academics. It has also had the honour of hosting Albert Einstein, who gave a lecture here on the origins of the general theory of relativity. It is also an innovative institution; the first female graduates to come out of Scotland were awarded their degrees by the University of Glasgow.

Another of the Glasgow highlights,the Botanic Gardens house a very significant collection of temperate and exotic plants in their beautiful glasshouses. One of these is the Kibble Palace glasshouse, restored to its former glory as part of a project which cost several million pounds. Shrubs around the Gardens are arranged by theme; visitors can admire the trees and shrubs whilst walking alongside the River Kelvin. If you need some calm after exploring the vibrant West End of Glasgow, a visit to the peaceful arboretum and formal gardens at Kelvinside are just the ticket.

Since its inception 167 years ago, The Glasgow School of Art has cultivated a reputation as one of the premier learning establishments dedicated to studying and developing art, design and architecture. Today it is amongst the United Kingdom’s longest operating institutions of art and design. Since 1909, the School has had close ties to Charles Rennie Mackintosh. That year, the School relocated to a dedicated building designed by the great architect and artist. A new campus centred around the Mackintosh Building is due to be revealed in 2013.

The Tenement House, dating back to the 1800s, was where a woman named Miss Agnes Toward lived for more than half a century. During this time she collected a fascinating array of items which give a real insight into life as it was lived in these historic buildings over the years. It is entirely unique, in that it is the best preserved tenement flat in Glasgow. Because Miss Toward made very few alterations while she lived here, and because she held onto so many objects of historical interest, it became a museum in its own right while remaining a functioning home for her and her mother. The building, located at 145 Buccleuch Street, consists of four floors, each of which contains two flats. Both flats on the ground floor and the Tenement House itself, located on the first floor, are now owned by the National Trust, due to the significant part that the building has played and still plays in Glasgow‘s history. 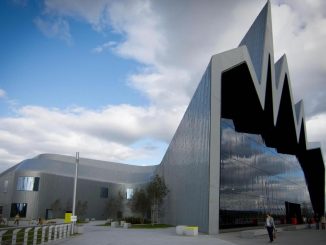