You might associate Strasbourg with the boring administrative stuff of the European Union but you might be surprised to find that it is a fascinating city with lots of things to see and do. It is a city of culture, history and heritage, much of which can be experienced in these seven Strasbourg Museums.

The Secrets of Chocolate Museum takes the visitor on a fascinating journey through the history of the cocoa bean and chocolate, the covetable product made from it that influenced eras and civilisations. Begin the tour by watching an informational film on cocoa and chocolate, before walking around the 8611 square feet museum. Interact with the learning materials on how cocoa beans are turned into chocolate. On conclusion of the tour of one of the most fascinating of Strasbourg museums, watch a demonstration given by a professional chocolate-maker.

The Rohan Palace took a decade to build, finally reaching completion in 1742. It originated as the home of prince-bishops, but nowadays is the site of three Strasbourg museums. These are the Decorative Arts Museum, the Fine Arts Museum and the Archaeological Museum. The Decorative Arts Museum is situated in what used to be the sumptuous apartments of Cardinals, and contains many fine furnishings, ornaments, paintings and tableware dating from the late 1600s right up to the mid 1800s. In the Fine Arts Museum on the first floor, admire the many fabulous paintings from the 1300s up to 1870. The Archaeological Museum is situated in the Rohan Palace basement. Its massive collections of Alsatian, bronze and iron age, Merovingian, Neolithic and Gallo-Roman artefacts, some of which date from 600,000 BC, make it one of France’s best museums.

The Oeuvre Notre-Dame Museum has been displaying beautiful sculptures from the Middle Ages since 1931. It is spread across a number of buildings which date from the 1300s right up to the 1500s. The sculptures originate from a number of sources, including the cathedral. There is so much to see here, like masterpieces from the 1400s by Nicolas de Leyde and Conrad Witz. There is also a set of very fine stained-glass windows. There are exhibitions dedicated to the Renaissance and the 1600s, with decorative pieces made in Strasbourg itself. There is also a brilliant collection of still lifes from the master Sebastien Stoskopff.

The Alsatian Museum, spread across several former homes of Strasbourg residents, is a museum of native art as well as a monument to traditional Alsatian customs. Here you can see traditional costumes, toys, furniture and ornaments. Several of the rooms have been modelled to closely resemble the inside of traditional buildings of the farms, river valleys and vineyards of the Alsace region and workshops of traditional craftsmen, like the blacksmith and the carpenter.

The Zoological Museum brings habitats like the North and South Poles, Lake Tanganyika, the Amazon Basin and Oceans to life. It is also a chance to see rare and extinct animals up close while gaining a deeper understanding and appreciation of the native flora and fauna of Alsace itself. You can also learn about the zoological museum’s own history. Throughout the year, the museum hosts a range of temporary exhibitions, ranging from health, to biology, to environmental issues. This is a very family friendly museum, with something to interest everyone, whatever their age. The on site nature library and workshops further enhance the learning experience for young and old. 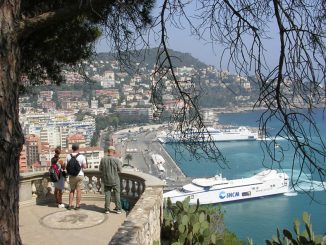 Attractions Of Nice On The Mediterranean

Culture, History And Food In Croatia