Kvarner is definitely one of the most beautiful regions in Croatia, as this is where you will find the awe-inspiring Absytrus Islands of Krk, Cres and Lošinj. Absytrus was the brother of Medea. The islands that are named after him are steeped in history and legend. The internationally known Apoxiomen, by the Greek sculptor Lizip, was discovered off the coast of  Lošinj in the late 90s. This athlete cast in bronze dates back to the 4th century B.C. The famous Baška tablet was discovered on Krk. The Crikvenica, Rijeka, Opatija and Vinodol Rivieras are also located in the Kvarner region.

The most popular drinks in the Kvarner region are Vrbnicka Žlahtina, a white wine produced in Vrbnik, and Trojšcina, a white wine produced on Susak Island. These are soaked up by Kvarner scampi (the Adriatic’s biggest and best), lamb served with sheep cheese or šurlice, a type of pasta from Krk Island eaten with seafood or goulash.  Rab cake and Lovran chestnuts finish off a traditional meal in this region of Croatia.

The centre of Split is recognised as a UNESCO World Heritage Site, as it grew around the palace of Diocletian, a 4th century Croatian Emperor. This is the attraction most popularly associated with Split. Nearby you will find Trogir, a town which is renowned for its museums. Don’t forget the islands of the Split archipelago; Brac, famous for its gorgeous white stone and traditional sculptures, and Hvar, which boasts an arsenal, the Adriatic’s biggest square, Europe’s first communal theatre dating from the early 17th century and Tvrdalj palace. No visit to Croatia is complete without a visit to this fascinating region.

The most traditional Split specialty is dalmatinska pašticada (meaning dalmatian stew), a Croatian dish using meat that is prepared over the course of two days. For something more straightforward, try Viška, Forska and Komiška pogaca. Pogaca are savoury cakes. They are complemented best either by Vugava wine or plancic from Hvar Island. For something stronger, try smutice – a red wine mixed with goats or sheep milk – produced on Hvar and Brac Islands. Around the Sinj and Cetina regions, river crab stew and luganige sausages are very popular. In Sinj, arambašic – cabbage rolls with a mutton filling – are a delicacy.

The Croatian region of Istria is a melting pot of cultures and history. Over the millennia it has been shaped by the Histrians, Celts, Romans, Byzantines, Slavs, Venetians and the Austro-Hungarian Empire. In Pula, you will find an amazing Roman amphitheatre. Rovinj is known as small Venice, while Dvigrad is called the town of ghosts. Motovun is spectacularly beautiful, and Grožnjan is known as an artists’ town. It was in the Istria region that the only known dinosaur remains in the Mediterranean were discovered.

In Istria, a traditional Croatian meal starts with a glass of honey, mistletoe or rue schnapps. This is chased by prosciutto and cheese with Istrian soup. A seafood main course is shellfish, fish or crabs cooked in various ways. A continental main course involves pasta with truffles, goulash, pork loin or sausages. Krafi, kroštule and fritule are all very popular Istrian pastries. 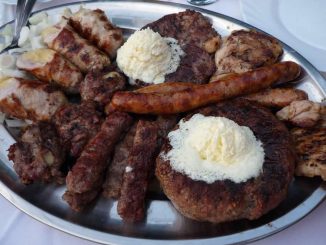 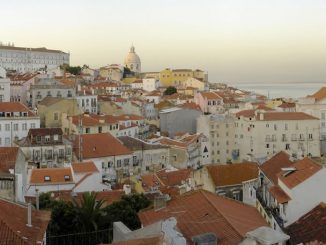 Shopping, Eating And Sightseeing In Lisbon