The United Kingdom, comprising England, Wales, Scotland and Northern Ireland, is the sixth most popular tourist destination in the world.
The city of London itself is packed with sights and activities for tourists of all ages and interests, and other major cities such as Edinburgh, Glasgow, Liverpool and Manchester are major tourist destinations in their own right.
High standards of accommodation, excellent infrastructure, and a vast array of cultural and historic sights should an ensure an excellent experience for any visitor.

London is one of the leading tourist destinations in the world and has numerous iconic landmarks and attractions including Buckingham Palace, The Tower of London, Big Ben, The London Eye and many more. It is also a huge cultural,  sports and entertainment location.
Elsewhere, other great tourist cities are Edinburgh, Liverpool, Manchester, York and Glasgow.
The Lake District, The Cotswolds, The Scottish Highlands and Cornwall are among the many areas of natural beauty popular with tourists

Great Britain is a big sports country. Football (Soccer), Cricket, Rugby and Golf are among the most popular. Premiership football teams like Manchester United, Manchester City, Chelsea, Tottenham Hotspurs, Arsenal and Liverpool have fans worldwide. The rugby teams of England Wales and Scotland are among the best in the world and England is synonymous with Cricket.

The Castles and great houses of Britain (think Windsor, Arundel, Tower of London, Warwic, Cardiff, Leeds to name just a few) are well known throughout the world.
Ther are some fine churches and cathedrals including Lincoln Cathedral, Westminster, St Pauls, Yorkminster, Liverpool, Canterbury, Durham and Salisbury.
There are numerous collections of fine art in the many museums and galleries. The National Gallery and the National Portrait Gallery in London are among the best known. 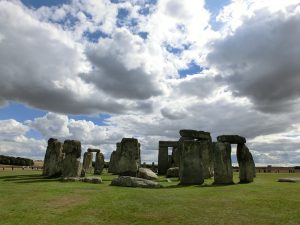 Our top 5 Places to Visit in Britain

Places You Must see When Visiting Glasgow