When you think of Transylvania vampires almost inevitably come to mind as it is the setting for one of the most famous vampire stories of all time. But there is much more to Transylvania and it is home to many historic buildings and sites.

Near the village of Bran and the city of Brasov, on the border between Transylvania and Wallachia, lies Bran Castle. Over the years it has come to be known as ‘Dracula’s Castle’, although it is only one of numerous similarly imposing castles linked to Bram Stoker’s tale of horror. Sitting on top of a 61 metre high rock, and bedecked with spires and towers, it certainly plays the part of Count Dracula’s residence very well. For 37 years up to 1957, it was the home of monarchs. Nowadays it is a museum, with paintings and furniture that belonged to Queen Marie of Romania. A large number of the castle’s rooms are connected via underground hallways displaying a number of artefacts from the 1300s right up to the 1800s. This is the place to visit for Transylvania vampires.

Approximately 200 metres above the town of Rasnov, which lies on a connecting road between Transylvania and Wallachia, you will find the very interesting Rasnov Fortress. This building is documented as far back as 1331, and was constructed by Teutonic Knights to defend themselves from attacks by Tartars. Unlike its other Saxon counterparts, over the centuries it became a refuge, with all the buildings one would expect to find in a village, such as a church, houses and a school.

The Brukenthal National Museum is situated in the Brukenthal Palace, former home of the Governor of Transylvania. Located in the city of Sibiu, Brukenthal Palace is counted amongst Romania’s most important Baroque buildings. It took a decade to complete, finally reaching completion in 1788. Nowadays it houses a number of art galleries (part of the museum complex) which in total display approximately 1200 paintings dating from the 1400s up to the 1700s. In addition, visitors can also explore the many engravings, coins, medals, paper money and minerals which are on display. In the fascinating Brukenthal Library (also part of the museum) are nearly 300,000 catalogue items ranging from manuscripts to magazines, to books produced from movable type when printing was in its infancy.

The Father Zosim Oancea Museum, in the city of Sibiel, is home to Transylvania’s biggest public exhibition of icons on glass. These pieces are a triumph of both dedication to one’s faith and artistic skill. The practice of creating icons on glass arose in the early 1700s, and it reached its climax about half a century later. During World War I and World War II, it declined rapidly and almost died out. With the support of Father Zosim Oancea, Sibiel’s inhabitants and generous benefactors, a museum was established in 1969 to display a total of around 600 magnificent creations on glass. There is also a small exhibition to Father Zosim Oancea himself, who is held in great esteem to this day.

Located in the Transylvanian city of Hunedoara, Corvinesti Castle is Romania’s finest Gothic castle. The Anjou clan ordered the construction of this great building, which up until the mid 1300s was a fortress. It then became the home of Iancu de Hunedoara, ruler of the Transylvanian region. He renovated it and turned it into the building we see today. 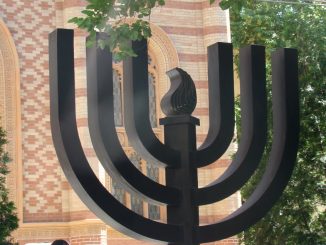