Bucharest Romania is a city with a long and interesting history. It has seen occupation, invasion, renewal and decline. Despite its size relative to other Romanian cities and its long history it only became the capital of the country towards the end of the nineteenth century.

Wallachia and Moldavia were united in 1861. Bucharest became the capital city of a kingdom and entered a period of splendor. Fine buildings were erected some of them in the style of Paris. High culture prevailed and the city became known as ‘the Paris of the East’ so admired was it for its culture and refinement.

Development of the city was restrained by endemic floods for many years. It stands on the Dambovita River which is a tributary of the Danube, and prone to flooding. When the river was channeled in 1883 the flooding was stopped and the city became more stable. This improved development prospects.

The twentieth century was bad for Europe. Politicians played war and power games at the terrible expense of people. Political ideologies were used by ruthless power mongers to grab riches for themselves at the expense of individuals who were often persecuted for any opposition. During the First World War Bucharest was occupied by Germans. There was a respite between the wars but the Second World War was a disaster for Romania. It was first on the side of the Axis powers, then the Allies, and bombed by both.

The Second World War ended with many east Europe countries falling foul of political ideologues who feathered their nests at the expense of their countrymen. Nicolae Ceausescue was Romania’s candidate for puppet dictator and he managed to do a great deal of damage before being hounded out in 1989. By that time he had destroyed many historic and beautiful buildings replacing them with communist style tower, blocks and iron monuments to communism.

Various political advances have taken place since the demise of communism and dictatorship. In general there has been an improvement in circumstances. New suburbs have begun to develop on what were the outskirts of the city and efforts are being made to restore the city center.

Bucharest covers more than two hundred square kilometers of what was once forest. Like Rome it has seven hills but is low lying for the most part. Urban expansion is still taking place as new suburbs grow around the historic city center. The population is more than two million people.

There are many lakes in Bucharest. One artificial lake is named Cismigui. It has famous gardens planted around it and has endured for many years. With the new political dispensation after the years of dictatorship civic authorities are restoring the historic gardens and other architectural features buildings that graced the city in the past.

In 2006 Romania became a member of the European economic community. Although the Euro zone faces many threats in 2011 membership of the Union has had benefits for Bucharest Romania. Retail outlets have expanded as capital from international corporations has flooded into the city and real estate has appreciated. Economic opportunities accompany an improved quality of life. The fact that the improvements have started from a low base means that there is room for growth so good economic opportunities exist for investors. 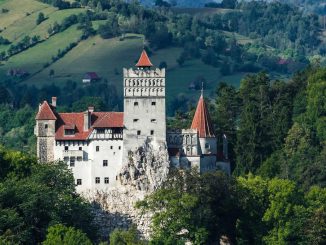