The city of London England is over 800 years old. Rich in history, beauty and wondrous sights to see, this city is adding another great event to its already lengthy list of accolades. In the summer of 2012 the Olympics were hosted in the London Olympic Stadium.

The Olympic torch entered the city in July of 2012 and and the games continuedthrough August. An already exciting Mecca of bustling activity, the 2012 games being hosted here is just another jewel in its sparkling crown of acclaim. Arts, Museums and shopping are intermingled with all of the culture.

The London Olympic Stadium was purpose built for the 2012 games at an estimated cost of £486 million. The opening andclosing ceremonies were spectacular and the games themselves were very successful with many records broken.
The stadium has been re-purposed and now serves as West Ham United’s Club stadium.

Some Other Attractions in London

Opening in the spring of 2012 is Warner Bros. Studio Tour – The Making of Harry Potter. Experience the sets, costumes and special effects of the most successful movie series ever. Walk the streets of the World of Harry Potter and feel the magic.

The London Eye definitely is a sight not to miss. The tallest viewing wheel in the world was introduced in 1999. A gorgeous structure that takes visitors high in the air and lets them see for miles all the awe and beauty of the capitol city.

If one’s family enjoys the macabre, make a stop by The London Dungeon. This theme park has gruesome shows of the most notorious in England. These are sure to send shivers down even the bravest spine. Be sure to experience the adrenaline pumping rides. 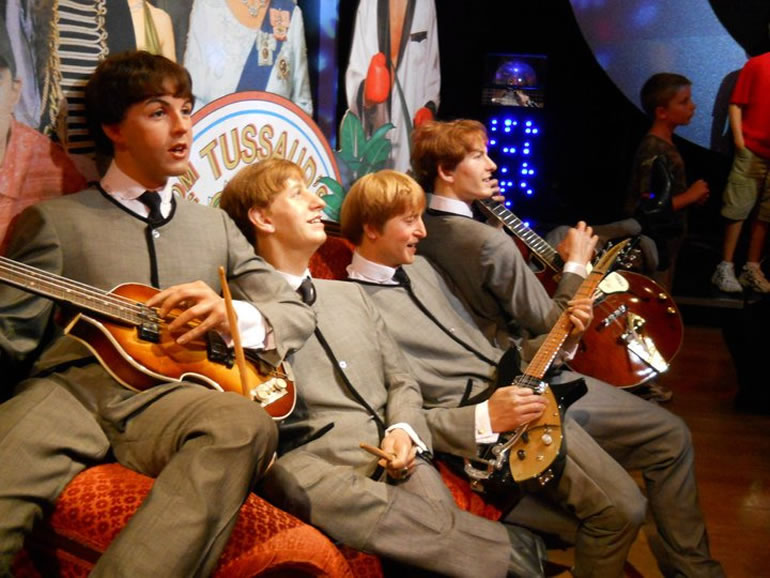 The family will not want to miss a trip to Madame Tussauds, with 14 unique zones to visit. Hang out with the Marvel heroes in 4D, pose with the Beckhams and experience a once in a lifetime meeting with the Queen. Also you can brave serial killers in the Scream attraction. Over 300 wax figures to see and delight in. Walk the red carpet and feel like a star.

When visiting this grand city, a person should not miss visiting the Square Mile. It is not just about business and finance, it is so much more. There are galleries, theaters, museums and not to be missed culture. It is home to the Barbican Centre, which is world famous for its shows and art.

Looking for a relaxing afternoon has never been easier with the Sea Life London Aquarium. Experience stunning corals; get close to sea life a person wouldn’t dare get close to under other circumstances, and take in all the wonder of the world under the sea. This is a not to be missed experience for both the young and old.

The British Museum offers fabulous things to see at the amazing price of free. One should not leave London without taking a day or two at this museum. See the Rosetta stone, Egyptian mummies, or take a guided tour of the highlights of this incredible collection. The minute one steps into this grand modern architecture they will feel an immediate connection with the past.

No matter why a person is going to London England, be it business or pleasure, there is something for everyone to see. The capitol city is rich in culture and dazzling sights. This city should be at the top every person’s bucket list.